As I was preparing to post Jaden's room makeover last week.

I realized his room is primarily furnished with Ikea pieces

{really I stood there like, oh! All this stuff is from Ikea.}.

Most of that furniture aside from his desk is several years old.

And still in good to great condition!

Then I started thinking about all the other Ikea pieces {big and small} that I've had for years now.

I thought it be helpful to share how a few of my favorite Ikea pieces have held up over the years.

{I will be doing a separate post for the Ektorp sectional}.

I know there is a general sentiment that Ikea furniture is only for twenty-something. First-time apartment renters, college students, and the like.

Especially if you can pull off an Ikea hack or two!

How My Ikea Furniture Has Held Up Over The Years: 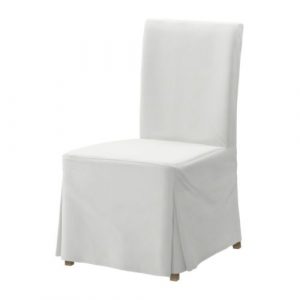 You guys this is my second favorite {we'll talk about my absolute fave later} Ikea purchase of all time.

At $89 this white slipcovered chair is a classic piece that can work with many different decor styles.

The white slipcover is thick cotton and removes easily for washing and dealing with stains.

After washing I put the slipcovers back on slightly damp, and haven't had issues with shrinkage.

I've had these chairs for a little over three years now and the seats are still firm with moderate use. 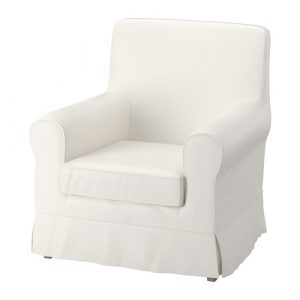 We originally purchased the Jennylund armchair for my daughter's nursery six years ago.

In that time I've also used it in my bedroom and it's currently in our living room. The small profile makes it ideal for small spaces.

Although we have switched out the slipcover over the years.

The chair itself has held up better than I expected with daily use and two active kids climbing {and jumping} on it.

Admittedly it does need to be replaced now due to the seat cushions sagging,  but after six years I think I got my money's worth. 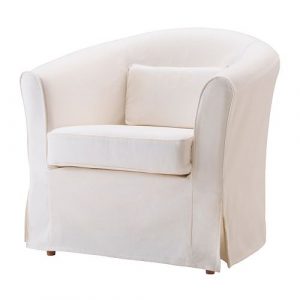 Another armchair we've had forever and a day {or seven years}.

Just as with the Jennylund armchair, the chair itself has held up great with moderate use.

The cushions are still firm and it looks brand new, with the updated gray slipcover {that I got $10 in the As-Is section at Ikea}. 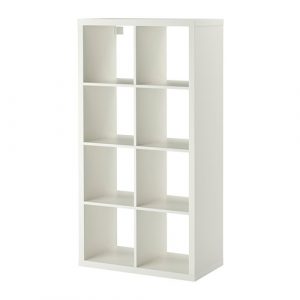 This shelving unit is my favorite Ikea purchase of all time! I

could have written a whole post on them alone! I got four of them, two singles and two doubles {shown. Approximately six years ago {they were called Expedit at the time}.

They have held up extremely well with heavy usage and three moves!

There are a few scratches here and there {nothing a little paint couldn't easily fix}. But they are still very sturdy!

I'm currently using one in my master closet for extra storage, my son's room, our playroom, and my daughter's room as a window seat.

I can't recommend these enough! 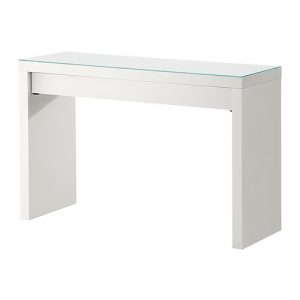 My favorite thing about the Malm dressing table is its clean and simple lines that can be accessorized to fit different styles.

I've seen some pretty hacks for this piece.

Although sold as a dressing table, I have been using it as a desk for the past three years with no complaints.

I've moved with it once and it's still very sturdy. It's also pretty slim, so it would work well in a small space. 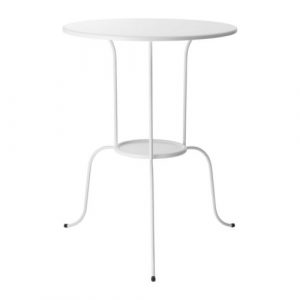 I've had this little metal table forever. Ok not forever. But a seriously long time {like ten years}.

It's still in great condition after years of being in Kayla's room and several moves.

I love the shape and for $20 {current price} it's a bargain.

Also because its metal it would work outdoors too, we've used it outdoors with no adverse effects. 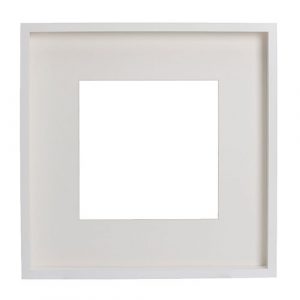 These streamlined frames are great for gallery walls.

They won't break the bank when buying multiples!

I've had them for over three years and well they're great!

Although the hardware to hang them can cause SCS {sudden cursing syndrome ?}! 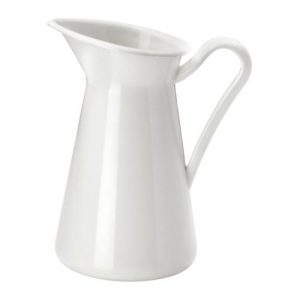 I have both the small and large Sockerart pitchers. They are so versatile.

In the three years, I've had these enamel pitchers {Ikea says vase, I say pitcher LOL}.

They have been used to hold kitchen utensils, flowers, and as a watering can.

You can also use it as pitcher for drinks {they are safe for food}. It's hand wash only, but that's not a big deal to me. 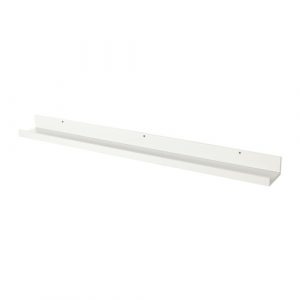 I've had these picture ledges for close to three years and they are very sturdy!

I have put really heavy books, knick-knacks, and pictures on them with no issues at all.

{just make sure you use the proper hardware to mount them}.

There are some minor scratches from normal wear and tear, but again nothing a little paint can't fix.

I love that I can easily change out my pictures without putting excessive holes in the wall.

I know there are a ton of DIY versions of these ledges floating around the internet.

So overall I've been satisfied with all my Ikea purchases given the price points. Just like any other furniture in your house, if you take care of them they will last just fine.

Do you have any favorite Ikea pieces? Let me know below!

I'm Linda and welcome to THIC. I'm a home decor {& coffee} enthusiast who believes with a little thriftiness you can create a beautiful home you love, even on a small budget. Stay awhile, and let's be friends!